Here's the complete text of what is, as far as I know, Jacqueline Hill's only long interview. I've read abridged versions elsewhere, but they tend to strip away the bits that actually sound like someone talking, rendering what she says a little blander-sounding than it originally was. Seeing the interviewer's account of the meeting and the questions he asked also means the whole thing flows nicely and is much more readable. Click the scans to enlarge, or scroll down to read it as plain text.

One interesting bit that was new to me is the interviewer, Richard Marson, asking "[...] How easy was it to play the part of such a placid, basically quite quiet woman?" With all due respect to Marson, this is an eyebrow-raisingly misconceived question that I really hope wouldn't make it into the pages of DWM today; but then, I don't suppose he was the only fan or writer back in 1985 to lack a particularly sophisticated understanding of Barbara as a character. Thankfully, Jackie takes the point up directly in her answer ("I take issue with your label of placidity and quietness") and sets things straight.

Ahem, so the rest of the article is gone... But I can give you the whole interview ;) 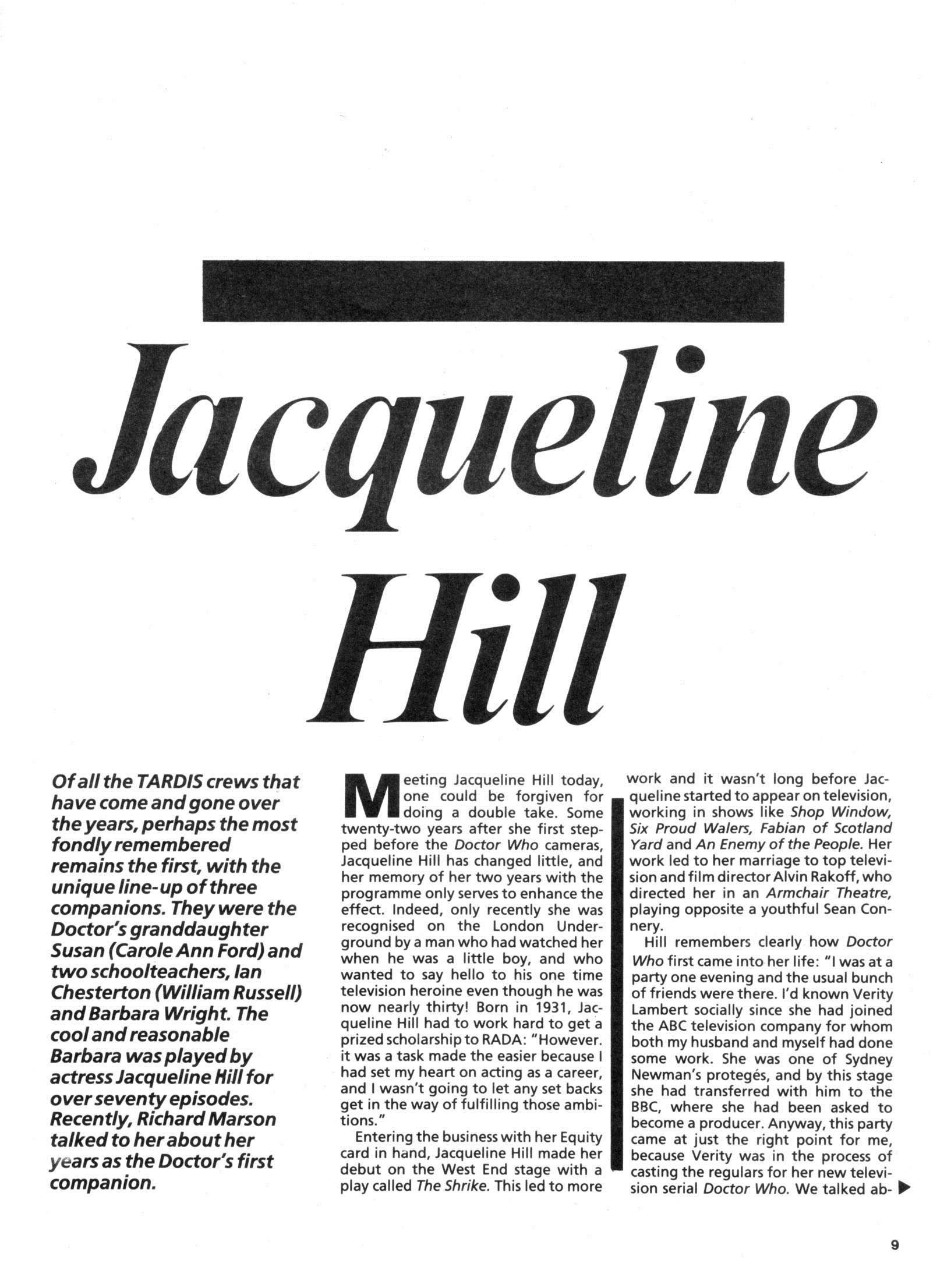 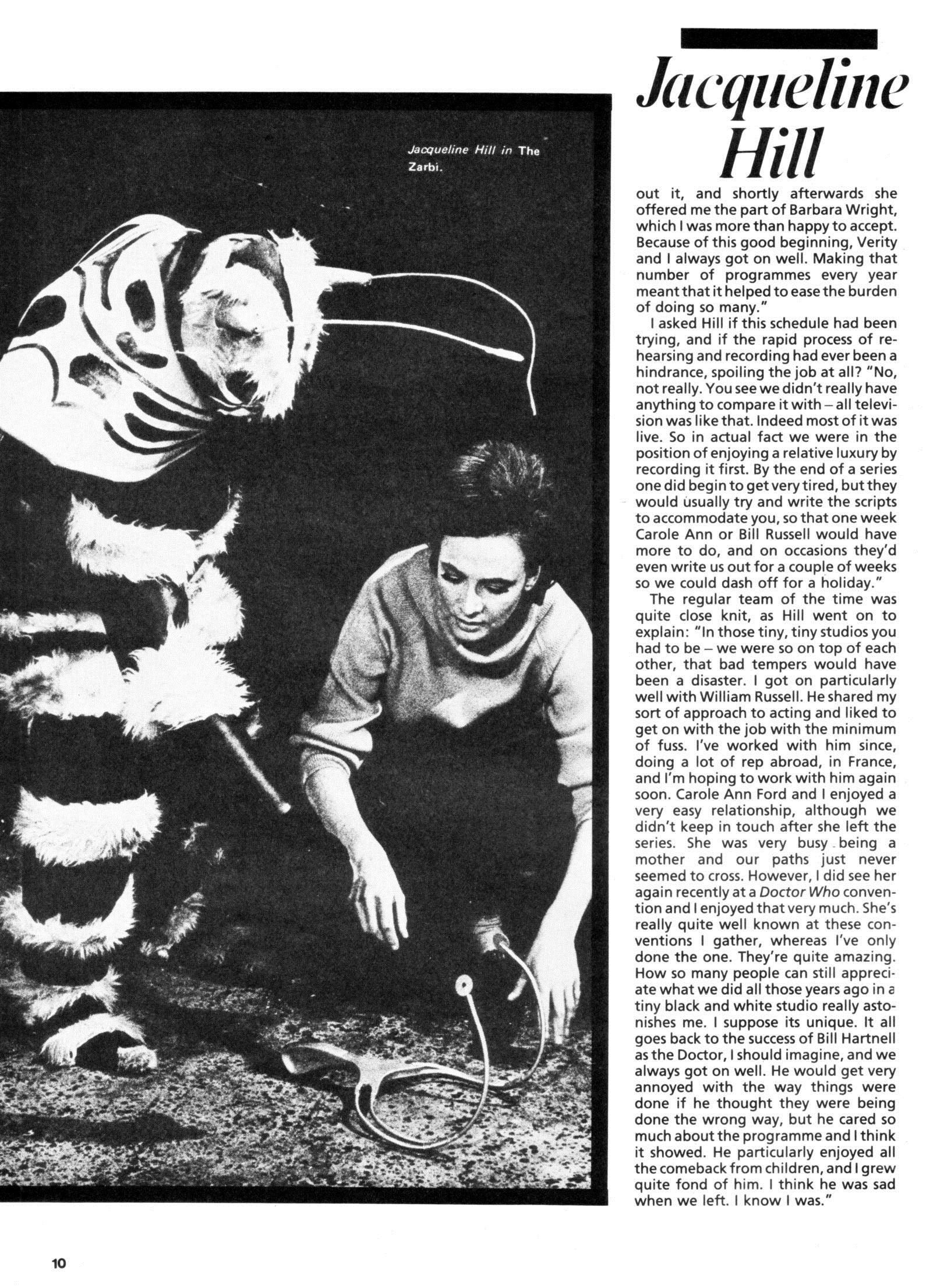 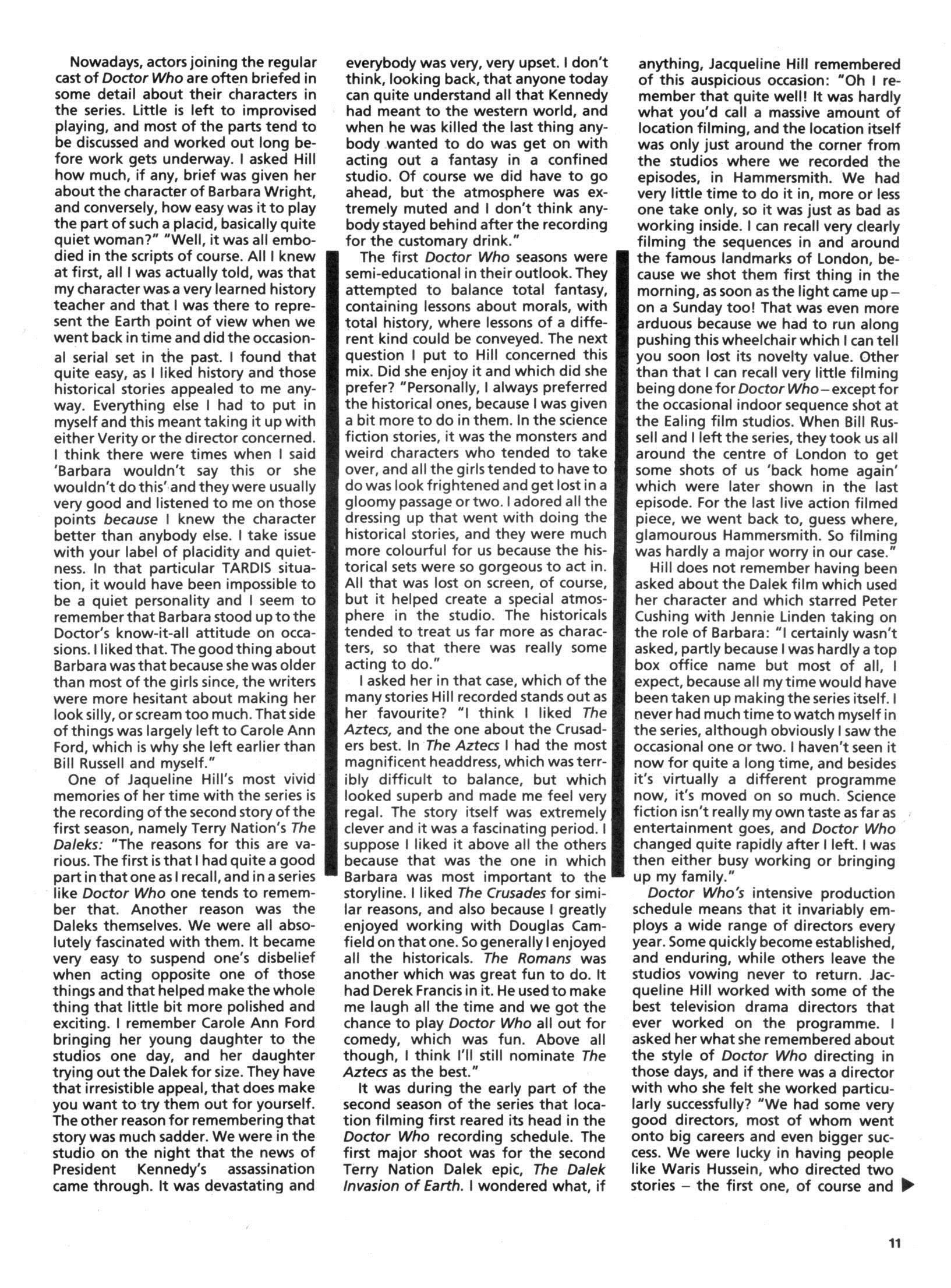 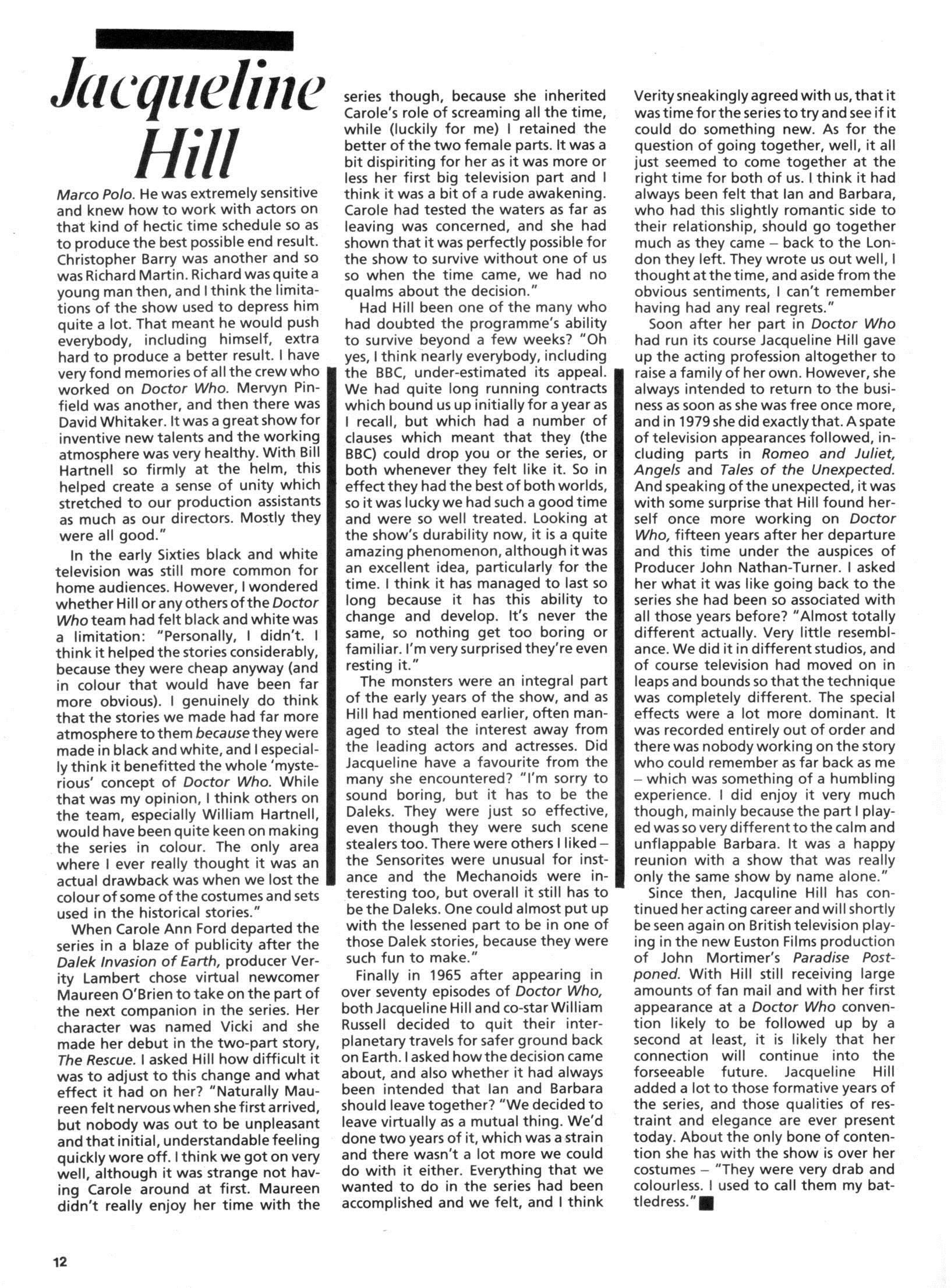